What happened to bipartisanship? As the U.S. heads into the 2020 election cycle, its defining political characteristic is a deep and growing ideological divide. Party affiliation is now a source of greater division between Americans than race, gender, religion, or level of education. Yet, at the same time, both major parties are less popular than any time in recent history.

This weekend seminar will examine the sources of hyperpartisanship as well as the consequences of party polarization for American political life. Students will consider such questions as: Is there an ideal level of party difference? How does partisanship become tribalism or hyperpartisanship, and can this be prevented? Is it possible to regulate partisan activity? And is a return to bipartisanship possible?

Image courtesy of Kirstie_J at pixabay.com

This seminar will take place in Washington, DC. Travel, housing, meals, and course materials are provided by the Hertog Foundation.

Daniel DiSalvo is a Senior Fellow at the Manhattan Institute’s Center for State and Local Leadership and an Assistant Professor of Political Science at The City College of New York-CUNY.  His scholarship focuses on American political parties, elections, labor unions, state government, and public policy.

Daniel DiSalvo is a Senior Fellow at the Manhattan Institute’s Center for State and Local Leadership and an Assistant Professor of Political Science at The City College of New York-CUNY.

DiSalvo holds a Ph.D. in politics from the University of Virginia.

Preview the Syllabus by Week/Session

Michael Barone is a resident fellow at the American Enterprise Institute and senior political analyst at the Washington Examiner. He studies politics, American government, and campaigns and elections. The principal coauthor of the annual Almanac of American Politics (National Journal Group), he has written many books on American politics and history. His most recent book, How America’s Political Parties Change (And How They Don’t), was published in 2019. 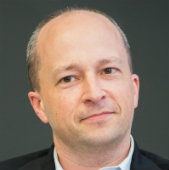 Yuval Levin is a resident scholar at the American Enterprise Institute and editor of National Affairs. He is also a senior editor of The New Atlantis, and a contributing editor of National Review and previously The Weekly Standard. Prior to joining AEI, he served as Vice President and Hertog Fellow at the Ethics and Public Policy Center. He has been a member of the White House domestic policy staff (under President George W. Bush), Executive Director of the President’s Council on Bioethics, and a congressional staffer. He is the author of The Fractured Republic (2016) and most recently, A Time To Build (2020).

Emily Ekins is a research fellow and director of polling at the Cato Institute. Her research focuses on public opinion, American politics, political psychology, and social movements. Before joining Cato, she spent four years as the director of polling for Reason Foundation where she conducted national public opinion polls and published specialized research studies. In 2014 Emily authored an in-depth study of young Americans, “Millennials: The Politically Unclaimed Generation.” She has discussed her research on C-SPAN, CNBC, NPR, Fox News, and Fox Business, and her research has appeared in The New York Times, The Washington Post, Politico, The Wall Street Journal, and The Los Angeles Times.

Hannah Carrese attended the 2014 Political Studies Program. She is currently on a fellowship in Mexico working on refugee and migration policy. She was a 2017 Rhodes Scholar.

“The crucial crises of our time have to be solved by people who have an understanding of the ideas that came before us and the theories that underpin our own thought. To know the canon in the way that Hertog taught us and then inspired us to do at our own universities is a great gift for people who want to go into public policy and public service.”

Hannah Carrese attended the 2014 Political Studies Program. She is currently on a fellowship in Mexico working on refugee and migration policy. She was a 2017 Rhodes Scholar.

HOW DID YOU FIRST HEAR ABOUT THE HERTOG FOUNDATION? WHY DID YOU DECIDE TO APPLY?

While at Yale, Professors Norma Thompson and Steven Smith in the Humanities Program recommended me for Political Studies. They suggested that it would be a way to supplement my study of the Great Books and to think more deeply about political conversations—all in DC, which is an exciting place to think about those things.  And then it just became obvious that this was what I should do with my summer.

Of course! I’m going to do an MPhil in Politics at Oxford, with a focus on refugees, migration, and the political theories that underpin our ideas of human rights and state order.  The degree isn’t directly related to what I studied at Hertog, but all that I studied at Hertog is implicit in it.

These crucial crises of our time have to be solved by people who have an understanding of the ideas that came before us and the theories that underpin our own thought. T. S. Eliot talks about knowing the canon before you can change it, and it’s the same idea with politics. To know the canon in the way that Hertog taught us and then inspired us to do at our own universities is a great gift for people who want to go into public policy and public service.

WHAT STICKS OUT IN YOUR MEMORY ABOUT YOUR EDUCATIONAL EXPERIENCE WITH HERTOG PROGRAMS?

The Gettysburg staff ride was really memorable. By the time we got to the field where Pickett’s Charge happened, it was pouring rain. We were running across this muddy battlefield, and it felt like we were really examining the relationship between the American history we learned about when we were younger and the great ideas we were discussing at Hertog. Pickett’s Charge was enmeshed in a broader discussion about strategy: It’s about Lee’s moral vision of the war and Lincoln’s language of the war.

After we came back from Gettysburg, a group of us ran down to the Lincoln Memorial and just sat there for a bit. It felt wonderful to be there in that city reading those books, feeling the presence of those figures. That’s what Hertog does best: They bring these texts, ideas, and events alive. All this was evident throughout the Program, but especially on that day.

OVERALL, WHAT IS YOUR IMPRESSION OF HERTOG PROGRAMS?

The intellectual community at Hertog is really special. There’s this sense that everybody’s done the reading, so when we go into discussion, there’s an ability to focus on what’s really being said. It’s sometimes rare to get an unfiltered look at a great book or a great person.

WHERE DO YOU SEE YOURSELF IN 10 YEARS? IN A SIMILAR JOB, OR EMBARKING ON SOMETHING DIFFERENT?

My current plan after Oxford is to return to the United States and attend law school to study asylum law, problems of refugee movement, and general migration. Then I want to use the theoretical training I’ll gain from Oxford and the legal training I’ll have as well to make policy on these issues.

I think matters of migration touch aspects of our politics that go beyond humanitarian factors. Refugees flee political crises, and we have to solve the conflicts that they flee through political means. The first step is to understand refugee crises as inherently political, and that’s what I want to work towards.

Understand the resurgence of populism in America.

Understand the rise of nationalism and the crisis of liberal democracy.

Peter Berkowitz is the Tad and Dianne Taube Senior Fellow at the Hoover Institution, Stanford University. He studies and writes about, among other things, constitutional government, conservatism and progressivism in America, liberal education, national security and law, and Middle East politics.

James W. Ceaser is Harry F. Byrd Professor of Politics at the University of Virginia, where he has taught since 1976, and a senior fellow at the Hoover Institution.  He has written several books on American politics and political thought, including Presidential Selection and Liberal Democracy and Political Science.

Diana J. Schaub is Professor of Political Science at Loyola University Maryland and a member of the Hoover Institution’s task force on The Virtues of a Free Society. From 2004 to 2009 she was a member of the President’s Council on Bioethics.

Richard M. Reinsch II is the founding editor of Liberty Fund’s online journal Law and Liberty and the host of LibertyLawTalk. He writes frequently for such publications as National Affairs, Modern Age, National Review Online, The Weekly Standard, and The University Bookman, among other publications.

Adam J. White is a senior fellow at the American Enterprise Institute, where he focuses on American constitutionalism. Concurrently, he codirects the C. Boyden Gray Center for the Study of the Administrative State at the Antonin Scalia Law School at George Mason University.

Darren Staloff is Professor of History at the City College of New York and the Graduate Center of the City University of New York. Professor Staloff has published numerous papers and reviews on the subject of early American history.